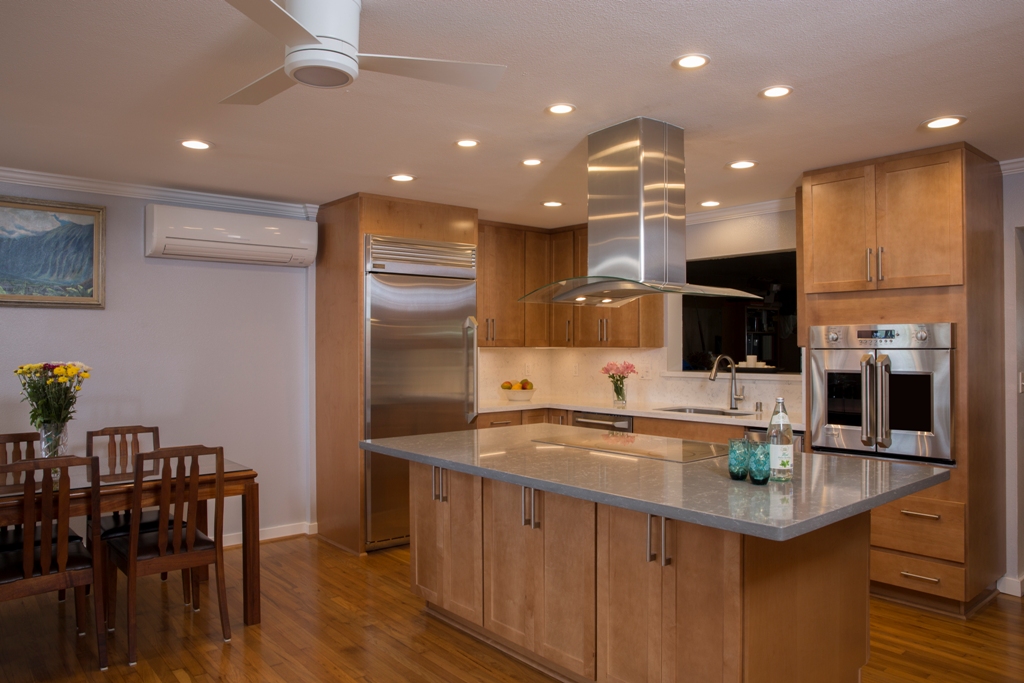 Homeowners Design Center has a proven track record for tackling even the most ambitious kitchen remodel projects. This is why even the experts within the industry choose HDC when it comes to their own personal projects.

Jessica Omoto, a designer at Homeowners Design Center, shares with us about one of these recent kitchen remodel projects. “[The homeowner] is actually in the industry, but he has retired.” Even though he spent his career amid the ins and outs of construction and home design while working for a contractor, his home had never actually been remodeled. So, he decided that there was no time like the present.

Omoto shared that, “They had kind of an older home that had an underutilized space, as well as having an over-utilized space that didn’t have enough space within itself. They also had a recent change in lifestyle, so they wanted to go ahead and do the remodel, keeping all of those things in mind.”

According to Omoto, the homeowners had two main objectives with the kitchen remodel. “They had  existing oak floors that they wanted to save and reincorporate into the new kitchen and great room that we created.” As for the second objective, Omoto shares that, “They do a lot more [healthier] cooking at home now, so they wanted the appliances and the layout of the space to really work with this new change that they’ve made [in lifestyle].”

Omoto then explained how HDC met these objectives. “They had a single-walled space, which we made into a double wall, which allowed us to to do a lot more with their electrical, as well as giving us some leeway with their appliances [regarding wiring purposes].” Omoto also shared that they took down a wall, which really opened the space up and allowed HDC the room to do the kitchen remodel that the homeowners were dreaming of.

Determined not to sacrifice efficiency for style, HDC delivered the best of both worlds, masterfully incorporating a kitchen island, state-of-the-art appliances, and stylish yet functional cabinetry.

“We used GE Monogram appliances [a separate refrigerator and freezer], and created a new built-in cupboard for them,” Omoto shared. “We also installed a french door oven, so that they can do a lot of cooking, and it has a nice door that opens from side to side rather than up and down.” Also included in the kitchen remodel was a cooktop surface and an Advantium microwave/oven combo.

Now that the couple’s kitchen was truly tricked out, they recruited the remodeling experts to tackle their cabinetry and countertops. “We assisted them especially in the color coordination [of the countertops], because they did two different colors. Their island had a grey tone and their back countertops were more white.” The colors in the kitchen remodel really started to come together.

As for the cabinetry, the homeowners chose Diamond brand, with a traditional Shaker door style, which HDC handled for them. “They used the maple wood with a nice, soft brown stain on it, which gave them something light that went well with the oak floors.”

The lighting the homeowners did on their own, updating harsh and institutional fluorescent lighting by replacing it with much more stylish and appealing recessed lighting for the finishing touches in the kitchen remodel. All in all, it resulted in a kitchen that they can enjoy well into their sunset years.

To see more kitchen remodel projects from Homeowners Design Center, just click on a photo above or wherever you see their name.